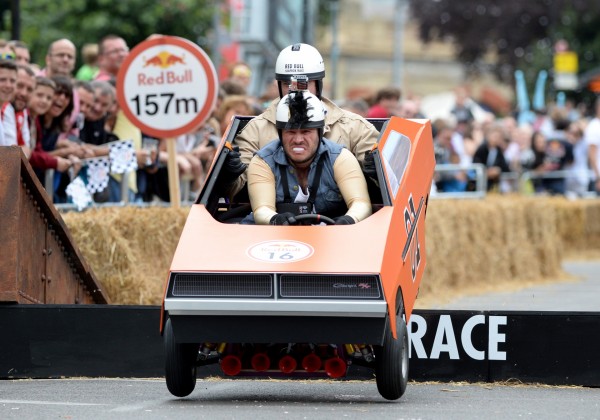 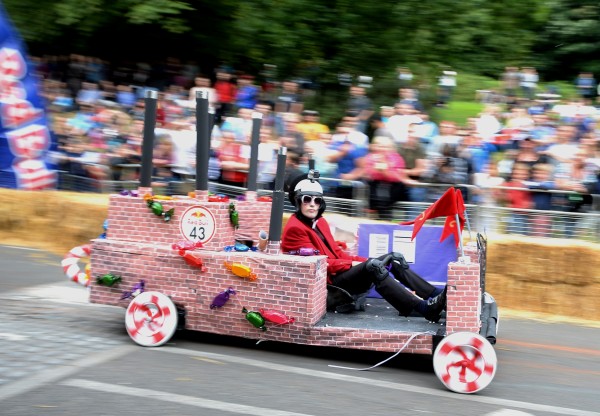 Some 65 home-made machines hurtled down a 420-metre course at Alexandra Palace in north London.Only their equally home-made brakes stood between them and a momentous crash in front of 20,000 spectators. 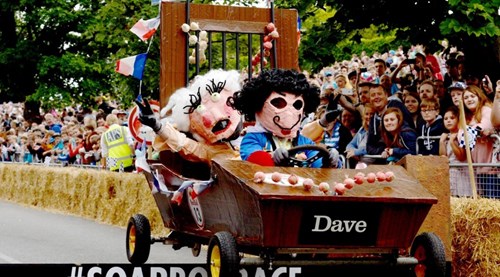 They were taking part for the first time in a soapbox racer based on Crush, the sea turtle in Finding Nemo.

Source: These are some of the weird and wonderful vehicles from the Red Bull Soapbox Race | Irish Examiner