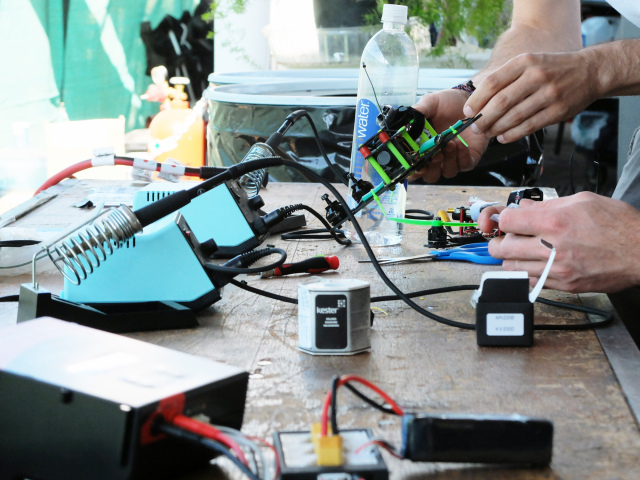 There was a buzz in the air over a parched field in northern California. Amidst the dragonflies and hawks, a new type of aerial competition—the first of its size and scale—took to the skies yesterday (July 16). The first national drone racing championship started at the California State Fair in Sacramento.

More than 100 racers took part in the first day of a two-day event, based on small, custom-built drones in what is called first-person view (FPV) racing. The drones have cameras attached to them and broadcast video feeds back to specially-designed goggles that allow the pilots to see as the drones see. The pace of the races—the drones are fast and nimble, and can hit speeds nearing 70 mph—have led to comparisons with pod racing and speeder bike chases in Star Wars: