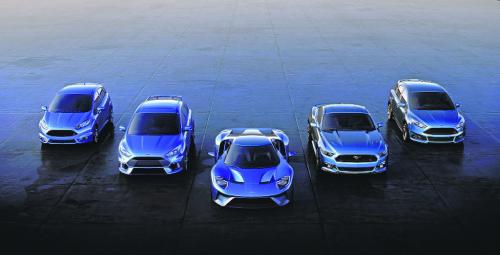 A new era for fast Fords is dawning with the start of production of the all-new Focus RS performance hatch.

Among models driving demand are the all-new Focus RS, the first of which has just rolled off the production line in Saarlouis, Germany; the Ford Mustang sports car for which Ford has now taken more than 13,000 orders in Europe (including 2,650 in the UK); and the Focus ST and Fiesta ST hot hatch models.

With the all-new Ford GT still to come, Ford offers the most comprehensive range of performance models from compact hatchbacks to high performance supercars.