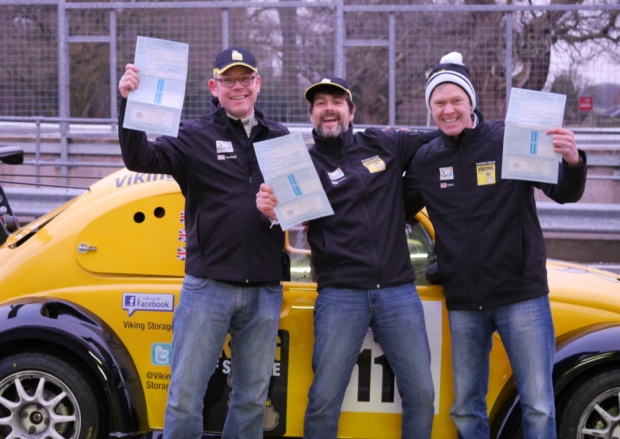 Three businessmen are turning their hands to motorsports and will get behind their custom made car to compete in the Fun Cup Race Series.

Mark Holme, owner of Bedford-based Viking Self Storage, and pals Nick Nunn and Kames Hadfield have completed several pre-season tests and training schemes to prepare for the endurance races.

Mark and Nick have schoolboy experience as Moto X racers and Nick has previously dabbled in Go Karting Endurance racing.

They have been getting racing tips from Formula One veteran Nigel Greensall.

Team manager Mark said: “We are the rookies of the series but we have a small chance of doing reasonably well after all of the training we have had.”

The trio will continue training at Donnington and Snetterton before moving on to race against 30 other teams in the first round at Silverstone on Saturday, April 4.

They hope to be victorious and continue to the next seven stages.

The races are all between four and eight hours long and teams vary from two to six drivers.

Read the full article via Businessmen get behind the wheel in custom made car for endurance races – Bedford Today.